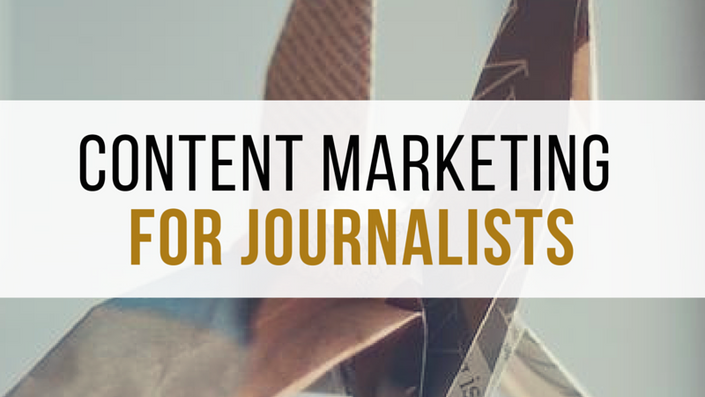 You’ve heard about this new-fangled thing called content marketing and how other writers– journalists!– are making fantastic money doing it.

Or maybe you’ve already dipped your toes in the content marketing waters, liked what you experienced and would like some more of where that came from, thank you very much.

This course will show you how.

The class includes six modules with four lessons each, designed to be completed in six weeks, though you are certainly welcome to work at your own pace. In addition, there are 30 action steps, one for each day of the six weeks.

You'll also have the ability to network with other Content Marketing for Journalists students (and alumni) so we can share tips, resources, advice, and motivate each other to do better. I’ve been a freelance journalist for 13+ years. I’ve written for some top publications, including TIME, The New York Times, CNN, Parade.com, ABC News (Australia), PsychologyToday.com, The Christian Science Monitor, The International Herald Tribune (RIP), GlobalPost, and The Independent (UK). I’ve been a contributing editor at Elle’s Indian edition and have contributed to several national and international editions of Cosmopolian, Glamour, Vogue, Self, Marie Claire, and Ms. I’ve written books, I’ve written for other people’s books, I’ve been featured in books. I’ve won awards.

More recently, I introduced content marketing into my freelancing mix. In a few short months, I managed to land clients that include a large US bank (Chase), a financial services company (Prudential), a technology company (HP), a couple of trade associations, an international foundation (Helen Keller International) and an African government (Nigeria). I’ve also previously done content marketing work for Kodak and Canon.

And I thought, hmm, I think others would like in on that.

When does the course start and finish?
The course starts now and never ends! It is a completely self-paced online course - you decide when you start and when you finish.
How long do I have access to the course?
How does lifetime access sound? After enrolling, you have unlimited access to this course for as long as you like - across any and all devices you own.
What if I am unhappy with the course?
We would never want you to be unhappy! If you are unsatisfied with your purchase, contact us in the first 30 days and we will give you a full refund.
off original price!

Mridu is a rock star, both in terms of content marketing and ecourses. She truly lays out how to get a content marketing career going, and if you have a background as a journalist and do what she teaches, it will work. I can’t imagine somebody taking Content Marketing for Journalists and not seeing their content marketing career take off. I highly recommend this course… I liked all the very practical steps. It wasn’t all theory, it was “Next do this.” This course was very well thought out, and I appreciate all the work that went into it. – Leslie Lang

Mridu’s content marketing course is straight from the heart although it’s her head that’s at work. And that’s really the charm of everything she does. She says it with feeling and yet remains rooted to the job at hand: what’s in it for you. I would recommend this course to anyone who wants to get their hands dirty in the constantly evolving world of content marketing. – Zahid H Javali

I learned a LOT about content marketing. I had no idea there were so many agencies devoted to this type of work. I appreciated the different LOI templates and I especially appreciated the logical way the course was laid out. I liked that no lesson seemed too overwhelming to read. And I LOVED the Action Steps idea. Oh, and I almost forgot! Super grateful for the opportunity to interact with the rest of the class in the FB group! – Holly Bowne

I learned more than I expected from this class. I’ve made huge steps forward due to information provided. – Sharon Hohler

I’ve been freelancing for 10 years, but your nuts-and-bolts info about income and hours helped me refine my work process and kick procrastination and angst that was making my work take three times as long as it should. During this course, I got into a rhythm of doing my paying work in three focused hours per day, thanks to your advice on rates and focus. I also love how you encourage focus in marketing, so I can fit that into an hour a day, max. Re: content marketing, though, it was so helpful to have it demystified for me, to learn how to get work and how to make it fit with journalism ethics. I was so unsure about that before that I was afraid to even try to get CM work. Now, I feel like a whole new area has opened up to me. – Allie Johnson